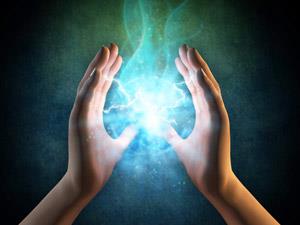 “The most subtle body consists of fine channels called nadi along which a number of plexus points or chakras are disposed. A so-called “wind energy” circulates through this system, which is basically inseparable from consciousness, but in its most gross forms  manifests as passions like anger and lust. In the unregenerate individual, the nadi are knotted up, so the movement of the wind energy is vitiated.” John Snelling, The Buddhist Handbook.To really understand our physiology and anatomy, and thereby have a profound effect upon the health of the individual, we need to understand how our spirit interacts with our subtle body, and how this subtle body interacts with our physical body. In reality, these three bodies are of course one, an amazing combined weave of awareness and energies and matter that provides our consciousness with a vehicle for this life. The practical question that has been asked by healers through the ages, is how this actually works?

I have attempted to answer this question from principals that have been tested and proven to work in clinical practice on a large range of health problems ranging from knee, back and shoulder problems to hearing loss, thyroid and kidney malfunctions, chronic fatigue and depression. While the specific effects of attitudes and emotions on the energy centres and meridians and their consequent specific effects on the physical body, provide many of the keys in determining the cause and thereby the cure of illness, there are aspects of the energy system that are generally unknown and associated conditions which are considered untreatable. Successful cures are termed ‘miracles,’ however, as St Augustine said ‘Miracles are only unknown laws.’ Increasing our knowledge of these unknown laws is enormously useful to health practice, regardless of the modality.
The following example illustrates aspects of the energy system that are over looked by medicine in general and illustrate the advantages of this new knowledge in a clinical situation. Example: The client – let’s call him John – was a very engaging, sprightly man in his early 70’s who sought treatment initially for a hearing problem. However, his most interesting problem from my point of view was how he got up on the treatment table. He initially stepped up with one leg, and then had to step down and change his feet. He apologised and said that he had a problem with that foot. He had lost the ability to push off on the left foot after a back operation thirty years previously. He had the back operation after five years of walking around bent over, from pain in his back.

The surgeon had “cured” this by removing parts of two prolapsed discs at L4 and L5. Unfortunately, this also affected the movement of the foot. John was so overjoyed at being able to stand up straight, that he accepted this loss without a drama, although he tried the usual treatments such as chiropractic, physio etc without success.
At this point, he also mentioned that he had lost feeling in the pad of the foot. I thought this was very interesting, particularly as in Acupuncture, the Ba Feng points – which are between the toes – are specifically indicated for parathesia and restricted movement. By balancing the energy at these points I succeeded in reactivating feeling in his foot, but not the movement. I then proceeded to direct a stream of energy to an area, which corresponds to the heel knot in the Foot-Shaoyin muscle region in TCM (Traditional Chinese Medicine) and the Kurchashira marma point in Yoga. This also corresponds generally to the lower lumbar area in Reflexology and the heel point of AcuEnergetics®. The point went crazy and pulsed and rotated for several minutes before calming down. I then pushed against the foot and asked John to push back. He did and his full foot function was restored after thirty years, in a matter of ten minutes. Of course this was only the beginning. As he had not used his left calf muscle properly for thirty years, it had atrophied and it was only about a third of the size of the right hand side calf. After several months of walking on the beach and the golf course (where his game had improved dramatically due to better balance) I saw him again and noted that although he had movement in the ankle, he could not lift the toes independently and tap his foot. He also noted that walking for several miles in sand gave him a twinge in the area of his old back injury.

AcuEnergetics® balancing of this area to the edge of the heel, restored the ability to tap his toes and strengthened and balanced the whole leg. His walking was much improved as soon as he got off the treatment table. So why was his problem described as impossible to fix? Because the people who treated him did not understand the nature of the energy system that is the body, and instead, thought in terms of physical levers and pulleys.

They assumed that nerve damage had resulted as a consequence of the operation to the back but more fundamentally, they assumed that:
• nerves alone were responsible for communication between parts of the body, in this case the spine and the foot, and• that a severance of these nerves meant that the wires were cut and no communication could ensue• that movement itself is activated by “throwing” a switch in the brain which results in the transmission of a message along the solidstate pathways of the nervous system. This in itself is an interesting piece of thinking. We have wireless systems, we communicate sound and vision through the ether as part and parcel of our daily world. Why do we still think the body works like a primitive mechanical toy? In John’s case, the assumption was that the foot and leg always had the potential for movement, it was just that the signal to give movement couldn’t be delivered because the hardwired nerve communication link had been severed. The patient’s recovery of full use of his foot, albeit thirty years later, draws into considerable doubt, the assumptions on which his original treatment was based.

In his book, Energy Medicine in Therapeutics and Human Performance, (Butterworth Heinemann 2003) James Oschman tells the story of a dancer who trained a paraplegic with a severed spinal cord to crawl using trance dance techniques of breathing, sound and movement that she had learned in Haiti. The process took several years but it is a very good demonstration of a fundamental discrepancy between what we believe and what actually happens in the body.

The development of our understanding of how our bodies actually work is having, and will continue to have, an enormous influence on the future treatment of injury.