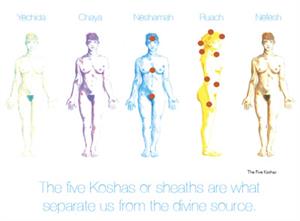 What is the soul? Although we generally pretend to have one, most of us don’t have the foggiest notion of what this means. Try explaining your soul or ask one of your friends to talk about their soul over a cup of tea. It’s a good indoor pursuit on a cold day. These days, everyone’s answer is usually something vague about our own personal spiritual aspect. While we think of this as being an age old idea, the notion of the soul as being individual or personal, is a latter day conception that derives from the Greek philosophers rather than the ancient religious mystics.

In ancient religious texts, the soul was only considered as the string that connects us to the source of everything, and through which we can drop the very concept of individuality and become at one with the all. This is atonement or more correctly, at-one-ment. So, as the great Sufi poet and mystic Rumi said in regard to the soul being individual, ‘The soul is a myth.’

In India, Vedanta scriptures taught that this connection to the divine source was divided into the five koshas or sheaths. These sheaths separate us from the direct experience and recognition that we are part of God. The Indian teaching so completely matches the basic Judaic teachings on the five aspects of the soul, that is unlikely to have originated separately. Just as the knowledge of chakras was imported into India from the middle east in the second century BCE, the later teachings of Vedanta which include the knowledge of the koshas, were in all likelihood, imported.

The five sheaths or coverings of the soul are most easily understood from the Kabbalah teachings. In these, the five aspects are termed nefesh, ruach, neshamah, chaya and yechida.

Yechida is the bliss state or anandamaya aspect. The Bliss body is the state of oneness within ourselves. This is the beingness aspect of the higher soul or the state of at-one-ment.

Chaya is the Judaic equivalent of the wisdom mind or vijnanamaya. The Wisdom mind is the faculty of discrimination from the unity of heart and mind. This is the veil called ahamkara which separates us from oneness with all things. Chaya encompasses the awareness mind and the veil of the will. This is the first state of duality, which means we are aware of ourselves as separate.

Neshamah, The Connection to the Divine

Neshamah is the mental body which is also the connection to the divine. This is the Judaic equivalent of manomaya. Neshamah is the faculty of thought in both rational linear (left brain) and immediate perception (right brain) functions. The energy centres or sephira of The Tree of Life thatproceed up the centre of the body, are the individual aspects of this. This mental body is the story mind, the mind that creates thoughts.

Ruach is emotional energy and is the equivalent of pranamaya in the Indian system.To understand this aspect we need to appreciate that our energy and emotions are the same thing. Although it’s more usual to say that the energy in our body, our lifeforce, becomes distorted by emotional attachments to ideas, in truth, the energy and emotion are the same substance. We need to purify our hearts to refine the energy emotions. In Kabbalah, this is seen as the energy of the Tree of Knowledge of Good and Evil that flows on from these centres through the meridian system. In Vedanta, the semi permanent structures in the energy emotions, that negatively influence us are termed samskaras. These psychic scars are the result of hanging on to the emotional consciousness of attachments and they constantly exert a negative influence over the energy of the body.

Nefesh is the equivalent of annamaya, the physical body. Physicality is the aspect of the soul in the material dimension. It is coloured by the experiences of the other veils. In Kabbalah, there is a saying that ‘the nefesh is the blood.’ This indicates that the physical body is coloured or determined by the experience of the lowest aspect of the soul. When we are emotionally attached to thoughts, then we colour or poison the blood. When we refine our emotional consciousness by getting less serious about our opinions and happier in how we are, we release the negative aspects of the five bodies and allow ourselves to directly experience the yechida state of being one with everything.

The five states of the soul also relate to the five true centres of energy of the central pillar of the lightbody. The nefesh relates to malkuth or earth at the base. Ruach relates to yesod or the true lower tan tien at the sex. Neshamah relates to tipareth or the mysterious gate at the heart. Chaya relates to da’at or the gate of heaven at the pineal (secret and not illustrated) and yechida relates to kether or heaven at the crown. Although we usually think of there being seven centres on the middle pillar, only five are true centres. Two are what were known in Taoism and in Kabbalah as double passes. These passes are paths where there is a centre at the outer pillars at the back and front of the body. When these are open, they allow energy to join at the middle pillar. The normal double passes are at the navel which connect netzach to hod and the throat where chesed connects to gevorah.By Kevin Niv Farrow